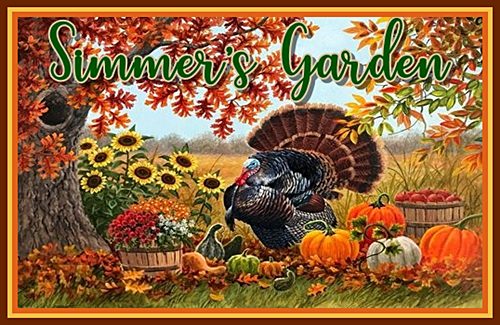 Welcome to Simmer's Garden! Like our Facebook page, follow our Twitter page, and Tumblr page to stay informed with all our latest important notifications... Happy birthday to all our Simmer's Gardeners with a November birthday! We hope you have your best birthdays ever! Autumn Blessings to you!
Be Encouraged Today

Episode 1 "Pilot"
First episode of "Pleasantview", a series based on the fictional Sims 2 town of Pleasantview.

Episode 2 "Faking It"
There's a new face in town, and Mary Sue isn't happy. Dina fends off a ghost from her past.

Episode 3 "The Kids Aren't Alright"
Will Brandi Broke ever be able to support her family without the help of her son? What's Daniel been up to behind Mary Sue's back? Will Lilith ever make peace with her family?

Episode 4 "Casanova"
Don's about to become a married man, but will he ever truly settle down?

Episode 5 "Black Sheep"
Lilith's volatile relationship with her mother continues, but has she found a new hobby to direct her towards the right path? What does Darren have to tell Cassandra on the eve of her wedding?

Episode 6 "The Wedding"
The big day has finally arrived. Darren meets somebody new. Cassandra finds herself missing someone. Don makes a decision. Stay tuned until the very end of the video for a bonus scene!

Episode 7 "Settle Down"
Dina and Mortimer discuss their future. Brandi discovers the root of her illness. Dustin is keeping bad company.

Episode 8 "Temptation"
Don is having the time of his life in Takemizu Village, but when will he return to Pleasantview to face the consequences of his actions?

Episode 9 "The Suburbs"
Mary Sue joins forces with a rival for the good of her campaign. Daniel considers the state of his marriage.

Episode 10 "Changes"
Dina gives Cassandra some advice. An old friend pays a visit to Darren Dreamer and discovers something shocking.

Episode 11 "Arts Night"
It's Arts Night at Pleasantview High, and Jennifer has a proposition for her niece.

Episode 12 "Old Habits"
Nina talks with an old flame, and Brandi makes a new friend. Dina gets what she wants.

Episode 13 "Dustin & Dirk"
Dirk has the winter blues, and Dustin has a lover's spat.

Episode 14 "Plenty of Fish"
A potential job opportunity appeals to Cassandra in more ways than one.

Episode 15 "Acceptance"
Lilith discovers that home is where the heart is.

Episode 16 "Possibilities"
Cassandra speaks with her soon-to-be stepmother. Jennifer strikes a deal with a wealthy businessman.

Episode 18 "The Cosmos"
Dina and Don discuss the past.

Episode 20 "Growing Up"
Members of Pleasantview discuss their futures.

Episode 21 "Something Old, Something New" *Season Finale*
Dina and Mortimer finally tie the knot. Cassandra revisits her past and gets more than she bargained for.

S2: Episode 1 "Heat Wave"
Pleasantview returns with an all new season. How will Angela and Lilith fare in their biggest transition yet? Is Dirk coping with loss, or dealing with depression? And what's eating at Don?

S2: Episode 3 "Transitions"
Will Angela and Dirk flourish at Académie Le Tour, or will they struggle to fit in? What kinds of people will Lilith befriend at La Fiesta Tech? And will Dustin ever find his way back on the right track, or has he spun too far off the rails?

S2: Episode 5 "New in Town"
There are some new faces in Pleasantview. Nina accepts an opportunity.

S2: Episode 6 "The In-Crowd"
In this episode, we see how Angela, Dirk, and Lilith are adjusting to their new lives in college. With the help of Gordon King, Dustin begins his own new chapter Downtown.

S2: Episode 7 "Uncertanties"
Cassandra dives deeper into her mysterious fainting incident from last June, and Nina grapples with her feelings. Don makes amends, but are his intentions pure?

S2: Episode 8 "Autumn Leaves"
Daniel attempts to be a supportive husband. Brandi accepts an offer. Cassandra does some disturbing research.

Episode 9 "Belongings"
Old treasures stir up Darren's memories. Angela struggles to adapt in the wake of Dirk's smooth sailing. Lilith meets a friend of a friend.

S2: Episode 10 "New Snow"
The season's first snow brings with it a lot of turmoil. Cassandra reunites with an old friend, Mary Sue receives some unpleasant news, and a longtime secret is revealed.

S2: Episode 11 "Holiday Spirit"
It may be the holidays, but even Christmas can't stop the flow of drama in Pleasantview. Nina attempts to come to terms with a recent discovery, and Cassandra makes a new friend. Lilith learns something new.

S2: Episode 13 "Secrets and Lies"
Jodie continues her search for a story. Dustin has a meeting. Jennifer confronts her brother.

S2: Episode 16 "Familial Obligations"
As the seasons change in Pleasantview, so do certain loyalties.

S2 Episode 18 "Nice Guys"
Can Dina and Nina ever resolve their issues? Will Mary Sue and Daniel be able to move past his affair?

S2: Episode 19 "The One That Got Away"
Cassandra tells a secret. Don has a surprise patient. An unexpected guest shows up at Lilith's door.

S2: Episode 21 "The Stars Above" *Season Finale*
In the season finale, drama unfolds at Dina and Mortimer's summer party. Will Jodie stop at nothing to rise to the top? Are Cassandra and Don on track to uncover the circumstances surrounding Bella's disappearance? And what are the Caliente sisters hiding?

Pleasantview S3: Episode 1 "Five Years Gone" *Part 1*
*Five Years Ago*: The members of Pleasantview go about their daily lives, unsuspecting of the coming events that will shake their town's foundation forever.

Pleasantview S3: Episode 3 "Family Values"
Summer is coming to a close, and the residents of Pleasantview reckon with their pasts.

Pleasantview S3: Episode 5 "Devil You Know"
Members of Pleasantview find themselves at odds both with former allies and strangers. Will certain new discoveries tie up loose threads, or contribute to the town's unraveling? 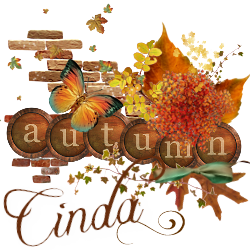 Message reputation : 100% (1 vote)
Really enjoyed this last video.  Now that's what Simmies are supposed to look like.  They are beautiful.  Have to cu at the eye movements and the mouth, but 100%, [size=30]so much more life and better than Sims 3.  That was just a huge waste of $$ if you ask me.[/size] 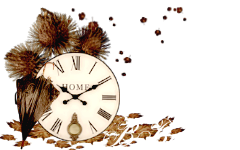 Yes, the Sims 2 graphics have aged very well, and with Windows 10 it's even better - you can see every little detail and texture of everything crystal clear. With all the amazing custom content from all the Sims 2 creators, it makes Sims 2 even more amazing. The facial expressions, poses, and animations from poseboxes created by all the talented Sims 2 modders for storytelling purposes are awesome!