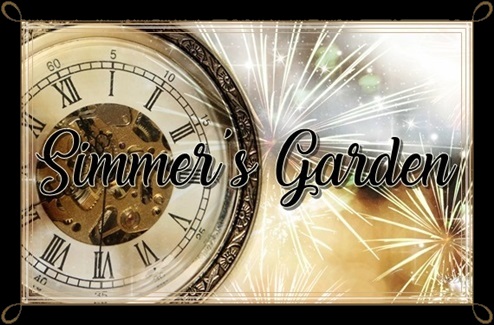 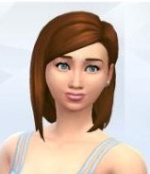 Message reputation : 100% (1 vote)
Thank you Bbdoll. I'm glad you like the new families. The Johnson's daughters are very pretty and will add some new genes to the neighborhood. Everybody in town was starting to be kin to everybody else, so now there will be a variety of folks.
_________________
Romance Sims . . . Gotta love 'em!

Matthew Custer and his brother Jeffery Carlton came to welcome them to the neighborhood.

Jeffery sit on the loveseat with  her sister Laci.

After they got to know each other better, Matthew asked Abby to cuddle.  They became best friends.

They cuddled and kissed.

Laci and Jeffery also developed a crush on each other. The only difference between these two couples is that Jeffery and Laci are both Romance Sims and Matthew is a Popularity Sim and Abby, a Family Sim.

Matthew and Abby went outside and got in the hottub.  They cuddled,  kissed and developed a crush each another.

Laci and Jeffery also got in the hottub.  They cuddled and kissed.

Matthew grabbed Abby and gave her a kiss . . .

Then he and Jeffery left to go home.
To be continued . . .

Brianna Carlton and her brother Jeffery came to welcome him to the neighborhood.  After chatting for awhile, Brody invited them to come inside.

Brody sat on the sofa and asked Brianna to join.
"Where did you live before you moved here?", she asked.
"I grew up in a small town in Texas.  My mama died when I was born.  My daddy raised me on his own.  He up and died a few weeks ago", he answered.
"I'm sorry you've had such a rough life", she said.

"I didn't mean it that way, silly", she said, nuzzling his neck

Then he asked her if she wanted to get in the hottub with him.  "Okay", she said.

When they got in the hottub, Brianna said "You don't have any bathing trunks on."
"I'm a Leo, we go nude in the hottub. I everyone knew that", he said.

In the house, Jeffery called Laci Johnson and invited her over.
"Yes, I'll be there in a few", she said.

When she arrived, Jeffery greeted her with a romantic hug.  "Do you want to join Brody and Brianna in the hottub?", he asked.  "Yes, I would", she answered.

They got in the hottub,  they cuddled and kissed,

After she got out of the hottub, Brianna left to go home . . .

And Jeffery and Laci soon followed.
To be continued . . .

I don't recall reading some of these.  This will be good to catch up and recapture a few things I may have missed.   Thanks hun! 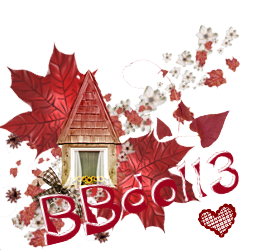 At Brody's place, he called Brianna and invited her over.

When she arrived, he greeted her with a romantic kiss.

Brianna got in the hottub and Brody joined her.  This time she wasn't surprised when he got in nude.

She motioned for him to "come here".

They did woo hoo!

They went inside and ate spaghetti that Brianna fixed.

They cuddled on the sofa.

"I don't want you to think I do woo hoo with every goodlooking man I meet", she said, nuzzeling his neck.
"I would never think that", he laughed.

"I must go home.  My mother will wonder what happened to me", she said.

Then Brianna left to go home.
To be continued . . .

Over at the Carlton house, Brianna was sitting on the sofa with her mother Carrie.
"Mom, I met the most wonderful man last week.  He's so goodlooking and he even owns a beautiful beachhouse", said Brianna.
"I'd love to meet him.  Why don't you invite him over?",  Carrie said.
"Alright, I will", she said.

She picked up the phone and called Brody.
"Can you come over?  My mom would like to meet you", she said.

When Brody arrived, he chatted with Carrie.  They soon became friends.

She asked him to join her on the sofa.
"Where are you from?", Carrie asked.
"I come from a small town in Texas.  After my daddy died, I moved here where my grandparents live", he answered.

Brianna joined them.
"Did Mom find out your whole life story?", she asked.
"No, we were just getting to know each other". said Brody.

Carrie went in the kitchen to fix macaroni and cheese for lunch.

In the living room, Carrie and Brody cuddled on the sofa.

"Will you come to my place tomorrow?", he asked.

"You know I will", she said, nuzzeling his neck.

When she got lunch ready, Carrie called Brianna and Brody to meal.

After they finished lunch, Brianna told Brody goodbye.
"I'll see you tomorrow", she said.
"I can hardly wait", he said.

Then Brody left to go home.

On the other side of town, Matthew Custer called Abby Johnson and invited her over to his apartment.  She said she would be delighted.

Matthew gave her a romantic hug when she arrived.  They have been dating for the last few weeks.

They cuddled on the sofa.

Matthew dropped to one knee and asked her if she would be engaged to him. 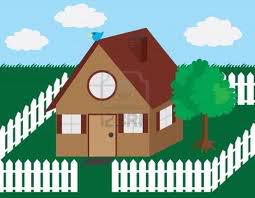 You're Invited to Abby and Matthew's wedding ceremony and reception

At Buford Falls Church the wedding of Abby Johnson and Matthew Custer is about to begin . . .
"Welcome family and friends. We gather here today to celebrate the wedding of Matthew and Abby. We share in this public commitment they make to one another, offer our love and support, so they may start their married life together surrounded by the people dearest and most important to them", said Rev. Nathan Jordan.

The bride's parents Thomas and Susan Johnson were seated together.

The groom's mother and stepfather, Jennifer and Nick Carras were seated together.

The groom's half-sister, Elizabeth was escorted by her husband Jason Anderson.

The groom's father Ryan Carlton was with the groom's half-brother Joseph Carlton.

The bride joined her groom under the pink flowered wedding arch.

Matthew held up a plain gold wedding band and placed it on Abby's finger.
"I give you this ring, as a daily reminder of my love and lifelong commitment to you", he said.

Abby placed a matching gold wedding band on Matthew's finger and said "I give you this ring, as a daily reminder of my love and lifelong commitment to you."

"It is with great honor and by the power of your love and commitment and by the power invested in me, I now pronounce you husband and wife", said the pastor, "Matthew, you may kiss your bride."

"I now present to you Mr. and Mrs. Matthew Custer", Rev. Jordan announced.

And fed it to her groom with a fork.

The bride's father proposed a toast to the newly weds.

At the end of the reception, the bride and groom came out of the church . . .

And got into the taxicab that will take them to their newly decorated apartment where they will start their life together as husband and wife.
To be continued . . .
_________________
Romance Sims . . . Gotta love 'em!

The cab took the newlyweds to Matthew's apartment.
"This will be our home now", he told Abby.
"It;s a nice apartment building.  I love it", she said.

They changed into their pajamas and relaxed on the bed.

When he finished, he had one thing on his mind.

The telephone rang and he answered it.

When she arrived, he gave her a romantic hug.

They sit on the sofa.
"What are we going to do about the baby?", she asked.

"You don't look like nobody's daddy", she said, nuzzling his neck.

He picked her up in his arms and carried her upstairs.

They relaxed on the bed. 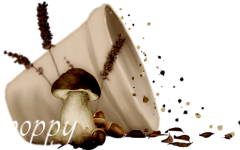 poppy100 wrote:aw this is sad .. I did not know her
but I saw her love for sims
I can understand that she is being missed .. sniff

She was a sweet person and a very talented story writer.

Even though it's not the same without her, we were very blessed to have known her...